11 June, I landed at at 08.30 am with a mission to explore () with our Singaporean friends. This was my first exploration trip to this golden pagoda land. Our local Burmese guide Mr. Htike Htke was waiting for us at the Airport. Singaporean group headed by Mr. Siva Gopal landed at 09.20 am. After their arrival we were transferred to Park Royal Hotel at . 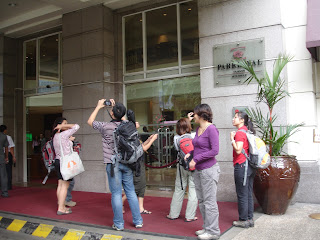 Checked-in took time because of rush in the hotel. After check-in we started our visit to the attractions in & around . We visited the Sule Pagoda which is almost 2000 years old, the down town area which is surrounded by old building of colonial architectural design, National Museum which has a wide collection of historical & cultural artifacts relating to the cultural heritage of Myanmar.

After lunch at a local restaurant we proceeded to Chauk Htat Gyi Pagoda which is famous for its huge image of reclining Buddha. From the local railway station we took a ride in a city train for about 1 hour. After this interesting train ride we headed to Shwedagon Pagoda, which is over 2500 years old and plated with 60 tons of gold and the tip of the stupa is set with diamonds, rubies, sapphires and topaz. We took dinner at a local Restaurant & the day ended with a nice welcome experience.

Next day i.e. 12 June, early in the morning we took a flight from for Bagan. It was an 1 hour journey to reach this pagoda town. We checked-in at hotel Myanmar Treasure Resort. At Bagan we started tour with Shwezigone Pagoda, which is built in 1087 by King Anawrahta who is the founder of the first Myanmar Empire, we visited the , which is noted for its wall painting, Htilominlo Pagoda, one of the largest noted for its fine plaster carvings. , built in 1090, the masterpieces of the early style temple architecture of Bagan era. Ananda Okkyaung, a brick monastery with 18th century mural paintings and Dhammayangyi Pagoda, extending approximately 255 feet on each of its four sides, is Bagan’s most massive shrine. 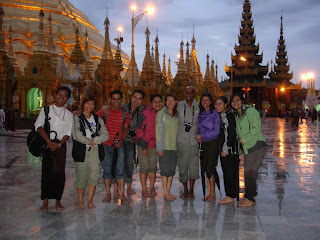 We took lunch at local Restaurant & then visited a local family workshop to watch the production process of Lacqureware. In a general sense, lacquer is a clear or coloured varnish that dries by solvent evaporation and often a curing process as well that produces a hard, durable finish, in any sheen level from ultra matte to high gloss and that can be further polished as required. We visited Thatbyinnyu Pagoda, Bagan’s tallest temple at almost 217 ft., Nat Hlaung Kyaung. Then we enjoyed the breathtaking sunset from Shwesandaw Pagoda. We took dinner at Local Restaurant and that ended another memorable day.

13 June was the day to Popa, which is 50 km away from Bagan and an extinct volcano of 1500 meters at highest point. We climbed up the 730 meters high conic flattop (Named as Popa Taung Kalat) by 777 steps. It is the home of ’s legendary 37 Nats or Spirits. Again lunch was at a local restaurant & then returned to Bagan and visited another famous pagoda in Bagan. Had dinner at Local Restaurant & moved back to Myanmar Treasure Resort for overnight.

Next day early morning we flew to . Upon arrival at we directly proceeded to ancient city Amrapura, meaning city of immortality founded in 1783 A.D. Then we visited Mahagandhayon Monastery where one may observe the daily life of the monks studying Buddha’s scriptures. We also visited Mahamuni Pagoda; which has a bronze Buddha Image covered with a thick layer of gold leaves. We also visited Jade Market and traditional handicraft workshop also.

We took lunch at local restaurant & then visited Hti-ta-zaung monastery run by monks for primary school level, then we drove to Shwenandaw or Golden Monastery, a significant masterpiece of the wood-carver’s art, Kuthodaw Pagoda, often called the world’s biggest book of the world and Kyauktawgyi Pagoda, the great marble image at the foot of the Mandalay Hill. We observed amazing sunset from Mandalay Hill. After dinner at local restaurant we enjoyed traditional puppets show by a puppets association of Mandaley. 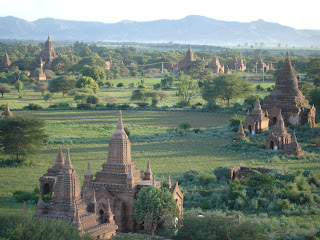 15 June, we went for an excursion to Innwa, located 21 km from .  It was a nice experience of a horse ride to visit Maha Aung Myae Bon San Monastery (Me Nu Oak Kyaung)- brick and stucco monastery, built in imitation of traditional wooden style and its masonry construction has ensured it survival, Bargaya Monastery built in 1834 with 267 teak posts, Nan Myint Tower; the 90 ft high masonry watch tower. Then we drove to Sagaing and took lunch at local restaurant. After having lunch we proceeded to Sagaing Hill (Soon Oo Pon Nya Shin and U Min Thonze cave pagoda) which are covered with numerous pagodas and monasteries well known as a retreat for Buddhist devotees. We drove back to Amarapura & visited famous U Bein wooden bridge, which is ’s as well as world’s longest teak wood bridge, we enjoyed fantastic sunset there and had dinner at local restaurant. Another day ended with many new experiences.

Next day i.e. 16 June, we flew to Heho in Shan Provinces. Shan province is famous for its scenic beauty, very fresh vegetables & fruits because of land fertility. We reached at 09.50 am & then transferred to Pindaya by small car along the uphill and winding road over the Shan Plateau. On way to Kalaw we visited Pindaya cave which is a huge cavern where hundreds and thousands of Buddha images in various size and shape are installed since the 11 century. The cave made naturally with numerous stalactites and stalagmites. It was another nice experience to see traditional umbrella making and paper making home cottages industries. We had our local lunch & then drove to Kalaw for overnight at Dream Villa Hotel. 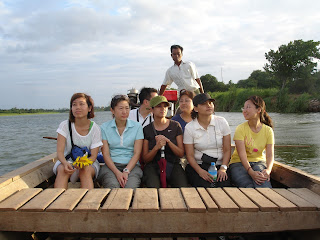 17 June was our trekking day. After having our early breakfast at hotel we drove to Nanyoke Pa O village, which was about 2.5 hours drive in Heho plain. We started our trekking at about 9 in the morning. The route was not steep but muddy due to rain. After continuous 4 hours walk we reached a place called Konhla where we took community lunch in a local house. We continued our trek & at the end of the day reached a place called Htitain at about 6 in the evening. We were very much tired because of monotonous walk in muddy field. We stayed at local monastery with some other guests & monks. It was really interesting to sleep on the wooden floor inside the main prayer hall.

Next day we continued our walk & reached a village called Indain or Thankamauk. It was another 5 hours walk comparatively in better path. We enjoyed the beauty because of better weather. The village Indain is located just beside the famous . We had our lunch there & started for country boat ride in the lake. Inle is one of the big & beautiful lakes surrounded by lush green mountains. There are many houses & shops inside the lake. People leaving there are totally dependent on water transport. On way to our resort in the lake we visited silver smith workshop, a cloth weaving center from lotus fibers & a cigar making factory inside the lake. We checked in at Hotel Myanmar Treasure Resort which is made beautifully & our stay over there was really memorable.

19 June 2011, was our last & busy day of the trip. After spending eight days in this beautiful country we headed to by boat & car, which took 2 memorable hours. It was 1.2 hours fly to reach . Before leaving the country we visited Scott Market at which is famous for local handicrafts like; Jewelers, Bamboo works, Cotton cloths etc. We took our lunch at local restaurant & we met our Burmese partner & friend Mr. Kyaw Myo. My flight was one hour ahead of my Singaporean friends so I left early for airport after saying bye-bye to all friends including guide Htike Htke (our ‘Thai’). 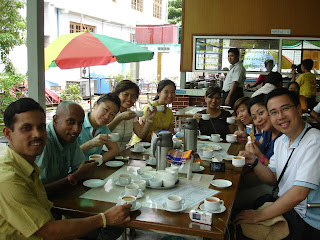 It was one of the memorable trip for me. people are very nice & friendly though most of them don’t know English. I realized tourism is not a new event for them. Most of the reputed hotels, resorts & restaurant were really up to the mark. Our team was I think one of the best team in the continent. Each & every member of the group had had that passion required to travel in Asian country like . Thank to Siva our Singapore friend (by profession an educationist & overall a nice human being) for collecting all jewels (Julie, Lilian, Edwin, Hing Mui, Hairani, Seok Yin & Belle) from his beautiful country, who made the trip a memorable.

Popular posts from this blog 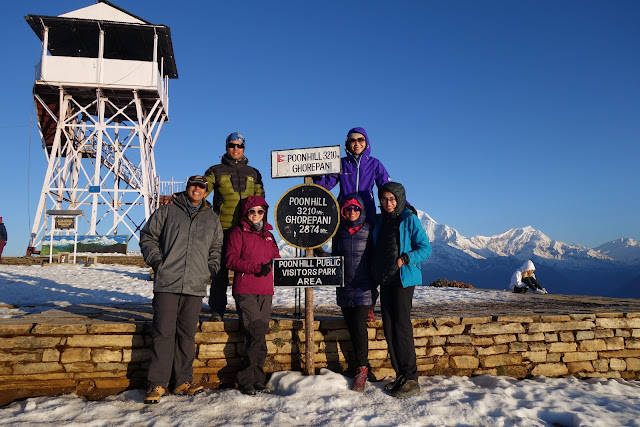 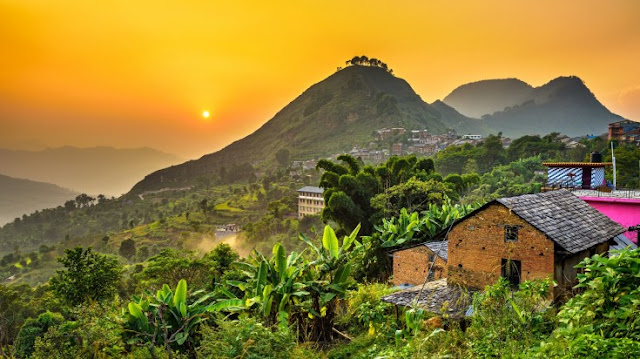 Himalayan Kingdom NEPAL - Himali Thapa Das ‘The antique charm of Kathmandu is unshakeable’. This is the thought that came to my mind after my recent visit to the capital of the Himalayan kingdom after a decade had passed since my prior visit. The devastating earthquake and the political upheavals had not lessened the ‘awe’ effect that the place has on visitors. Starting from the traditional welcome at Tribhuwan international airport till the farewell dinner it was an enchanting experience. The major landmarks of Kathmandu, Pashupati Nath Temple and the Swayambhunath Stupa are both robust places which are with no doubt an anthropology hub. An early morning visit to the Pashupati Nath temple is in the itinerary of majority of the tourists. The flower sellers at the entrance showed a peculiar sense of trust on the devotees. You choose your basket offer prayers and pay on your way back. Quite impressive! I tried my best to take a sneak photograph of the interiors of th
Read more

SIKKIM - THE PARADISE OF ADVENTURE TOURISM 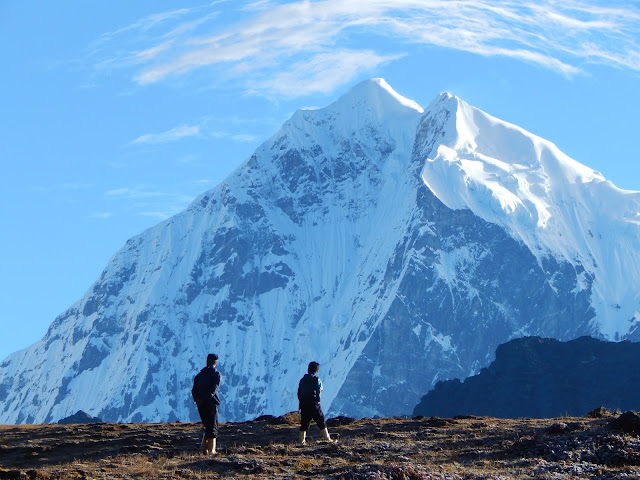 Sikkim the paradise of adventure tourism- Bhaskar Das Adventure tourism has a wide prospect in Sikkim. Sikkim is a land of mountains and has a myriad of attraction for nature and adventure lovers. Natural features like mountain lakes, streams, natural caves, rocks, the forests full of rhododendron and pines and the snow capped peaks are the major attraction for the major chunk of tourists who come for sight seeing.   For the ones who come seeking for some thrill there are also the wild path through jungles and snow. Tourists have been coming here from different parts of the country and abroad for the last couple of years and taking the most of the views of its wilderness. The major attractions in adventure in Sikkim are trekking, rock climbing, mountaineering, rafting and kayaking and mountain biking and cycling. Trekking In modern sense trekking means walking on foot in the hills and mountains for pleasure, study, research and recreation. Sikkim is the ultimate de
Read more